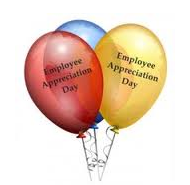 The Pitfalls of Using Selective Praise With Employees

Dale Carnegie, in his classic work How to Win Friends and Influence People, discusses how Charles Schwab was able to motivate his employees to achieve excellence. He quotes Schwab as saying, “I am anxious to praise but loath to find fault. If I like anything, I am hearty in my approbation and lavish in my praise.” Carnegie goes on to recommend this approach to all managers who want to bring out the best in their workers.

But is this good advice? A wealth of data says that it is. Since Win Friends first came out in 1936, a mass of studies have shown that workers are happier and more productive when they are recognized for their contributions. They also stay with their firms longer and resist efforts by competitors to hire them away.

This doesn’t mean that praise is a one-size-fits-all solution to every HR problem, however. When used inconsistently or inappropriately, it can have the opposite of the intended effect, especially if it causes jealousy among co-workers or is seen as superficial or manipulative. Some of the ways these attitudes may find expression are as follows:

None of this means that you shouldn’t use praise. However, it does mean that, to be effective, your entire organization must understand why it’s being given out. The reasons must be publicly stated and they must be tied directly to a standard measure of performance.

For example, imagine that you send out a memo to all your salespeople, saying that the one who sells the most widgets in the next 90 days will receive a bonus and special recognition. By doing so you lay out the “rules of the game” in the beginning for all to see, with the target goal clearly stated. When it’s time to hand out kudos later on, there’s little room for the praise and recognition you give out to backfire.

Of course this assumes that the memo was received and read throughout your organization, which leads back to the crucial importance of effective intra-office communication.